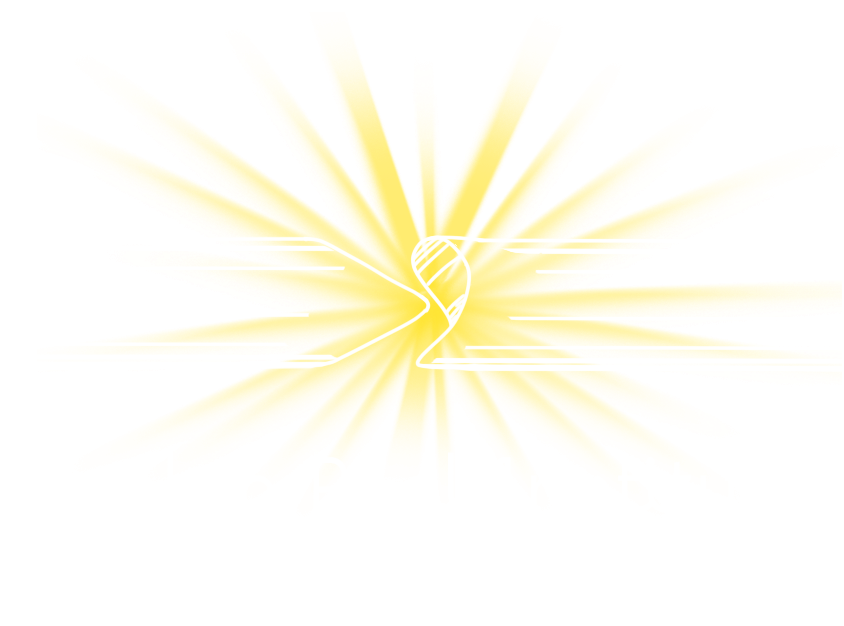 Ho Fan the Filmmaker, and Eroticism in Hong Kong (Cinema) 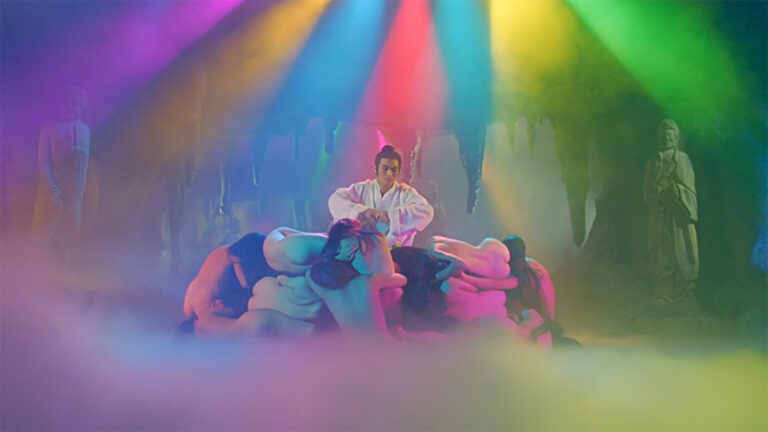 Released in 1972, Ho Fan’s mainstream directorial debut Love and Blood marked the start of his intricate cinematic quest. While the plot of this contemporary Mandarin-speaking filmcentres on a twisted romance, the film is more than that – there are the familiar tales of runaway teens duped by delinquents, scenes of sex dens, suspenseful plots hinting sexual violence, and even martial arts actions. With the protagonist (Alan Tang) being a photographer, the film’s title sequence features artistic photographic works (by Ho Fan himself, captioned ‘International prize-winning prints by Ho Fan’ along with a list of Ho’s overseas fellowship titles and accolades) but they soon end up in the dust bin with the photographer’s agent saying that only nudes sell.

The intricacy of Love and Blood lies in the conflicts between commercial clichés and aesthetic feats, as well as the artist’s ideal and the pandering to popular taste, as apparent in the film’s plot, its characters, and its stylistic mise-en-scene. Such raw and stark contradictions are seemingly the director’s decisions to a great extent. To further complicate the matter, Ho apparently foresaw what viewers and critics might say about these contradictions and thus created a portrait of an artist based on what he himself and the critics considered him to be – a protagonist who realises that in a materialistic world it is difficult to be an artist with serious pursuits; one has to go mainstream and sell nudes – or create sensational genre films – before finding the space to create his own art. It is up to the audience to decide if such is the artist’s idea of self-defence or self-mockery.

Such baggage was no more in Adventure in Denmark (1973) and The Adventurous Air Steward (1974) that followed. This time the little man (personified by James Yi) finds himself having the time of his life in a world filled with goofy jokes and soft-core pornography against the backdrop of popular travel destinations. However, just as in Love and Blood, scenes portraying sensual female characters and flirtatious exchanges were framed and edited in a refreshing and charming manner no less stylistic than high-end commercials. The film medium allowed Ho Fan to explore his subjects, especially the female form, in a living, moving space that has been absent in photography, with which he captured scenes on the streets and the daily life of ordinary people. His films have indeed embraced a commercial leaning.  Consider Girl with the Long Hair (1975), Innocent Lust (1977) and The Notorious Frame-up (1978), three films made for Shaw Brothers that went from situation and physical comedy (including his treatment of nudity) to erotic comedy in two to three years in response to the popularity of the comedy genre at the time. Nevertheless, Ho managed to explore modern romantic relationships, depict the outer beauty and inner worlds of female characters, and thoughtfully orchestrate erotic scenes. Disguised as a chronicle of (mis)adventures of a cheating husband, Girl with the Long Hair confronts the boredom in a long marriage. When the husband decides to act on his fantasy, the fantasy becomes his reality literally as his object of desire turns out to be his own wife all along. This theme gets a horror treatment in The Notorious Frame-up when the betrayed wife plots fatal revenge on her husband, ending both their marriage and their lives in tragedy. The genre’s common practice to feature nudity of multiple female characters might have driven Ho to create multi-faceted modern female characters in these films. Not only do the younger girls in Innocent Lust have their own stories and personalities, lesser characters like the foreign professor and the lonely lady also bare dramatic significance. The manipulative, scheming wives with different sides in Girl with the Long Hair and The Notorious Frame-up and the women wooed by the student protagonists in Innocent Lust illustrate the many faces of Hong Kong women better than many melodramatic films. It is also worth noting that in Body for Sale (1976), a film Ho made for Lo Wei Motion Picture during this period, while the female protagonist (Liu Ya-ying), though reluctant throughout the film to work as an exotic dancer, has to give in and perform in a strip club, the potentially disgraceful scenario became a grand performance of a lowly woman in Ho Fan’s hands, in a visually striking style that is suggestive of her fate.

The 1980s saw a collective of Hong Kong New Wave filmmakers pushing creative limits across genres and embracing ever more quickly modern visual styles and aesthetics from the West. Ho Fan stayed relevant with Expensive Tastes (1982) and Smile Again (1985) featuring glossy urban street scenes and meticulously conceived characters and details. Unlike the sense of alienation and reality portrayed by Hong Kong New Wave films, the sensibility of these films lies in the objective world of their protagonists. Expensive Tastes tells the tale of a rapist with bizarre imagery, distorted tilting and intrusive camera movements to an effect as evocative as The Notorious Frame-up released a few years earlier. Uniquely sensational and exploratory at the same time, the portrayal of sexual deviance and violence in this film weaves an intricate web of social realities of gender relations, class and justice through an individual’s sexual offence and memory. The complexity of modernity and the human condition is reflected by the personal practice of photography and the visual mass media. Also dealing with the modern man’s predicament, Smile Again features the photographer again, this time a victim of a value-driven market who responded by making his creative process public. Ho Fan’s cameo as a photographer reminds one of the opening credits of Love and Blood a decade earlier for its sense of self-deprecation and motivation.

Made after the implementation of the three-tier film classification system, Temptation Summary (1990), Temptation Summary II and Hidden Desire (both 1991) are among the last major erotic films by Ho Fan. Born out of the Hong Kong Cinema boom when quick profit was king, Temptation Summary and its sequel pander rather explicitly to the crowd and their production quality has not been entirely perfect. While Ho dedicated himself to building sound dramatic structures and blending elements across genres for frequent jokes and twists, not every one of his efforts pays off.  The unfavourable label of a Category III film director prompted Ho to make socially conscious commentary in his films. In Temptation Summary II, a director whose arthouse film fails to attract an audience is forced to make Category III flicks in a world where prostitution is a means of saving up for moving abroad and the show business is running a vice ring. Once again Ho confided to us his self-consciousness and a sense of futility in the same vein of the self-reflexive Fellini.

Without the cluttered plots of Temptation Summary and its sequel, Hidden Desire is a more sophisticated feat. The reverse narrative, laced with melodramatic voice-overs, comes from the male protagonist’s point of view centring on the several women with whom he has relations – all alluring in their own way and not necessarily sexually. The love scenes have been made with a different set and aesthetic style corresponding to these characters’ individuality: the harbour-view office symbolising power and wealth; the yacht and sports car which epitomise consumerism; the Japanese room that spurs cultural imagination… The affair on the open-top double-decker travelling down the neon-lit Nathan Road drowns the city with a sense of abandonment and decadence equating the city of Hong Kong to carnal lust. Structurally opposite to Hidden Desire is The Sichuan Concubines (1994). This adaptation of Su Tong’s novella Opium Family with a minimal plot and sporadic narratives of what seem like a faraway tale features deliberate framing, odd tilts and non-linear shots favouring visual effects over storytelling somewhat similar to Ashes of Time (1994) released earlier, except that this film is not as packed with action. In such faraway, exotic and intoxicating atmosphere nudity, flirtation and copulation become spontaneous and are innate to the characters, leaving sense and reason behind. Fragments capturing the form of individual bodies are like moving nude photography, featuring the solemn male and ethereal female figures. The sex scenes are stylistic montages that progressively evoke emotions that transcend the reasoning of plot, character and setting. In a scene where a man and a woman are burned alive during oral sex, the act of sex has become a sacrifice to sex which is consumed and sublimated in flames.

In The Sichuan Concubines and Hidden Desire, the self-consciousness and alter-egos Ho Fan used to confess his struggles gave way to his honest and keen expression of eroticism – the physical and conceptual aspects of it – making these films his major achievements.

Lau Yam is the founding member of RTRI. He is a veteran film critic, researcher, curator, editor and lecturer.

Ho Fan and Hong Kong Experimental Cinema in the 1960s